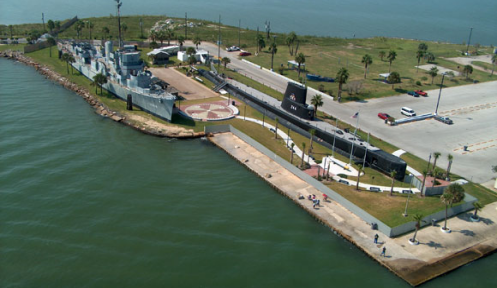 The Brazos Valley Amateur Radio Club, KK5W is participating in this yearâ€™s Museum Ships Weekend. June 1-2, 2013. Our call sign, KK5W will be credited as a contact with both WW II Submarine USS Cavalla and Destroyer Escort USS Stewart. Visit our web page for more information, www.bvarcmswe.org. We will be operating from Seawolf Park in Galveston, Texas, NA-143.

Operation on OSCAR satellites is planned for daytime passes on Saturday, June 1.

For the second year, KK5W is sponsoring the Texas Navy Award.

Provide evidence of two way communication (log extract) with at least four of the call signs during MSWE 2013 to earn the 2013 Texas Navy Certificate. Work all six to earn the coveted â€œClean Sweepâ€ endorsement. Visit our web page, www.bvarcmswe.org for information on how to claim the certificate.