All are welcome to attend our next SOARA General Meeting on Monday Septemebr 16 at 7pm at the Norman P Murray Center in Mission Viejo.Â Â  Our speaker is Art Goddard, W6XD who’s speaking topic is labeled “Amateur Radio In the 21st Century… Mainstream or Backwater?”

Amateur Radio In The 21st Century… Mainstream or Backwater?

Neither our Constitution nor Bill of Rights create any entitlement in the
Amateur Radio Service. Rather, we are expected to earn our keep, per
paragraph 97.1 of the FCC Rules. So how are we doing? Ask a Ham and youâ€™ll
probably hear that weâ€™re doing OK. Ask an elected official or a member of
the general public and youâ€™ll likely get a blank stare. In this case,
ignorance is not bliss. Government and public perceptions increasingly will
influence how Amateur Radio fares into the 21st century.

How can we determine the public benefit of the Amateur Radio Service? How
can we get our report card out to decision-makers and the public? Who
should do it?

Our guest speaker is Art Goddard, W6XD. Art is well known for his
involvement and promotion of Amateur Radio. Licensed for 57 years, he is
Past Director, ARRL Southwestern Division. 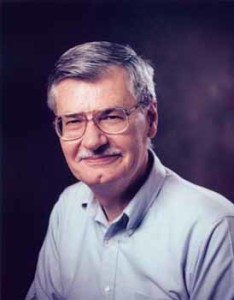 Art Goddard became interested in Short Wave Listening in 1954, using the familyâ€™s Philco console radio. In 1956, he earned his novice Amateur Radio license. He worked his way up through the ranks to Amateur Extra class. Artâ€™s radio activities include HF/VHF, DX, contests, satellites and digital communications.

Art is a life member of ARRL and Past Director of ARRL Southwestern Division. Professionally, he is a consultant in electronics systems, retired from Boeing (formerly Collins Radio and Rockwell International). Art and his wife Mary Ellen live in Costa Mesa, CA.