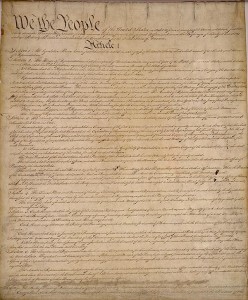 I. Name
The name of this association is: South Orange Amateur Radio Association (SOARA).

II. Objectives
The objectives of this organization are:
1) To promote Amateur Radio and advance its causes;
2) To provide a communications capability and a source of technical support for the benefit of its members and the community, especially in times of emergency;
3) To promote fraternalism and cooperation among its members.

III. Board Of Directors
The Board shall be comprised of the Officers and Directors each having one (1) vote.

IV. Officers
The Association shall have four officers, with whom the fiduciary trust of the Association lie in equal parts; President, Vice-President, Secretary and Treasurer.

V. Directors
The Association shall have no fewer than five (5) Directors. The total number of Directors may be determined by the Board, and subject to By-Laws section VIII Elections, below.

VI. Membership
All who adopt the objectives of the association and abide by its rules are eligible for membership, according to the By-Laws. Voting rights and the right to hold office are limited to licensed amateurs.

VII. Meetings
Unless otherwise directed by the Board, the Association shall hold monthly meetings of the membership for the conduct of business. In addition, a monthly meeting of the Board of Directors shall be held at atime and place designated by the President.

VIII. Amendments
Any changes to this Constitution or the By-Laws shall be initiated by a written petition, signed by at least 50% of the membership or may be initiated by majority board action. The proposed changes will be published in or with the association bulletin. A vote shall be taken by mail or electronic ballot. A vote in favor of any changes by at least 2/3 of the members in good standing shall be sufficient to put the changes into effect. Ballots not returned will be counted as “In Favor.”

I. Membership
A. Application for membership shall be approved by a 2/3 majority vote of the Board. The Board shall not accept into membership any person whose character, reputation or conduct would make him or her, in its opinion, an undesirable member. Furthermore, any person may be removed from the membership for any of the above reasons if so determined by a two-thirds vote of the Board.
B. Applicants will submit a completed membership application provided by the Association which will be processed at the next Board meeting following its receipt. Proper dues must be submitted with application, and will be returned if membership is denied. Inclusion on the official membership roster will constitute membership. This roster (membership database), as kept by the Membership Director, is the basis for voting authority in the Association.
C. A member in good standing is defined as one who is current in his/her dues and abides by the constitution, bylaws and policies of the association.

II. Officer’s Duties
The President shall:
1) Preside at all meetings, subcommittee meetings notwithstanding.
2) Require adherence to this Constitution and By-Laws.
3) Sign documents on behalf of the Association consistent with the decisions and directions of the Board of Directors.
4) Be the principal spokesman for the Association.

The Vice-President shall:
1) Act as President in the President’s absence.
2) Provide for speakers, as required, for the general meetings.
3) Facilitate SOARA’s relationship with other clubs and with the community.

The Secretary shall:
1) Record all proceedings.
2) Conduct all written correspondence.
3) Mail notices to members.

The Technical Director shall:
1) Provide technical assistance, as required.
2) Assist the Repeater Director in maintaining the Association’s repeaters.

The Repeater Director shall:
1) Operate and maintain the Association’s repeaters and associated equipment;
2) Function as Trustee and Licensee of these repeaters.
3) Perform duties as defined in FCC Part 97.103 Station licensee responsibilities; and FCC Part 97.205 Repeater station.

Individuals or committees, other than those listed above, may be appointed to non-voting positions to perform special tasks. These appointments shall be made by the President after consultation with the Board, or by Directors in support of their individual responsibilities. These duties may include, for example, the following:
1) Sergeant-at-Arms at meetings
2) Parliamentarian
3) Club Call Sign Custodian: to function as per FCC Part 97.103 and Part 97.105 Control Operator

Immediate Past President
At the Board’s majority discretion, the immediate past president may participate as a non-voting advisory member to the Board for a term length determined by the Board.

IV. Meetings
Any business items raised at a general meeting will be referred to the Board. If a vote of the members is required it shall be taken by majority vote of attending Members at the next General meeting. A majority of serving Officers and Directors constitutes a quorum at Board meetings. At the request of any Board member, Robert’s Rules of Order will be followed at that meeting.

VI. Committees
With the approval of the Board, the President may appoint special committees, to perform tasks beyond the scope of duties of the Directors.

VII. Removal of Officers or Directors
Any proposed removal of an Officer or Director shall be confirmed by a vote of the members and initiated by a petition signed by a majority of the membership or by a two thirds (2/3rds) vote of the Board excluding the member in question. Recall ballots shall be distributed by mail or electronic means to the general membership no less than 60 days following a Board removal vote or valid removal petition being delivered to the Board. All Recall ballots shall be distributed and counted in accordance with the provisions applicable to elections at VIII. A successful recall requires a 2/3 vote of the membership casting ballots.

VIII. Elections
The Board of Directors shall constitute the nominating committee for all elections of Officers and Directors, and shall, at the March general meeting, propose a slate of nominees for the general elections in April. Additional nominations may be made from the floor at the March meeting. The term of office shall be two years, with Officers to be elected in even numbered years, and Directors in odd numbered years. The term of office will commence at the first meeting, general or Board, in May. The nominee who receives the greatest number of votes will be elected. In the event of a tie the resolution shall be the responsibility of the current Board. Election results will be published in the next association bulletin after the elections. The Board shall take steps to assure the secrecy and security of elections. When a vote of the membership is taken, all ballots or electronic ballot equivalents shall be distributed by mail or electronic means on the same day and from the same Post Office or computer. No less than 14 days, nor more than 30 days will be allowed for the members to cast their ballots.

IX. Vacancies
Vacancies occurring on the Board between regular elections shall be temporarily filled by Board. Those appointed shall serve until the next election.

X. Dissolution of the Club can be determined by unanimous approval of the Board and two third (2/3) approval of the membership. In the event that SOARA members and officer approve dissolution of the Club, all Club assets shall be distributed to one or more amateur radio organizations that qualify under I.R.S. Section 501(c)(3), or corresponding section of any future tax code, at the time of distribution. The specific organization(s) selected to receive the assets shall be determined by a majority vote of the Board at the time of dissolution. Any such assets not so disposed of shall be disposed by a Court of Competent Jurisdiction of the county in which the principal office of SOARA is then located, exclusively for such purposes or to such organization or organizations, as said Court shall determine, which are organized and operated exclusively for such purposes.