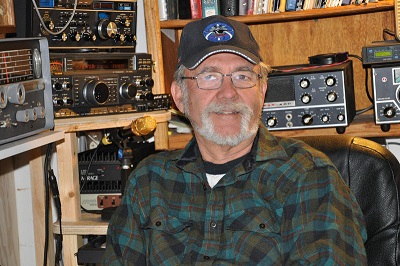 All are welcome to the next SOARA General Meeting on February 23 at 7pm at the Norman P Murray center in Mission Viejo.  Volunteer testing is at 6pm.

This month’s speaker is Glenn, WB6RLC.   His bio:

I am a native Californian by several generations. I earned an AS degree in electronics technology from Chaffee College in Alta Loma and I received my Novice ticket in 1966 as WN6RLC. After a stint in the USMC, I moved to OC in 1973. I also earned a second class radiotelephone ticket with radar and broadcast endorsements. I worked in marine electronics in Newport Beach repairing marine SSB and VHF radios and at Collins Rockwell in Newport Beach as well. I finished off my career in the electronics R&D lab at Parker Hannifin in Irvine. That’s where I met Heiko. I now hold an Amateur Extra license and kept my old call. Every now and then someone gets the “RLC” part. Too cool to part with. I am now serving as president of the Desert RATS Amateur Radio Club of Palm Springs.

I will be talking about vintage Ham radio gear. Stuff from the early 60s to about 1980. Boat Anchors as we call them. And I’ve had boat anchors that have weighed less. I have a fair collection and will be bringing some samples with me. I will also discuss a bit about the care, feeding and restoration of these old radios. There are still lots of them on the air. I belong to a group, the Vintage Side Band Roundtable. It meets every Tuesday evening, check-ins start at 6:30pm on about 3.895 MCs (Mega Hertz, for you youngsters). There is lots of support and parts for these old rigs and many are cheaper than you would think. We will discuss much of this at the meeting on Monday evening. See you there!

On May 28, 1830, President Andrew Jackson signs the Indian Removal Act into law. The bill enabled the federal government to negotiate with southeastern Native American tribes for their ancestral lands in states such as Florida, Georgia, North Carolina and Tennessee. As a result, some 60,000 Native ... [...]

RSS Error: A feed could not be found at `http://www.hornucopia.com/contestcal/calendar.rss`; the status code is `404` and content-type is `text/html; charset=iso-8859-1`